Car of the week

450SE with rare red interior.
Paint is a bit faded, and its a D-Jet car with LPG, but that red interior is great: 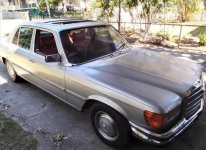 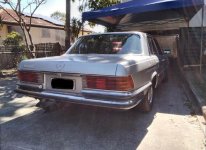 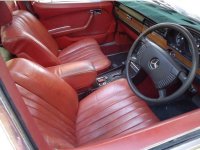 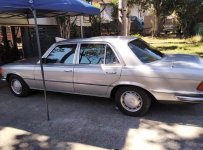 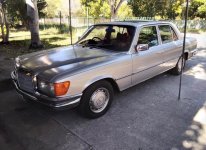 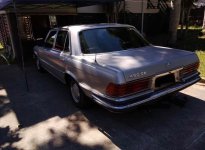 I wonder how hard it would be to bring it back to original fuel supply.
Michel

Michel said:
I wonder how hard it would be to bring it back to original fuel supply.
Click to expand...

worst case, a rusty parts car would help, but sometimes these lpg systems are just sitting on top of the original benz stuff. would have to check.
Bryce
https://www.classicjalopy.com

I’m currently assisting an elderly gentleman in getting all LPG off his Rolls-Royce Silver Spirit.
However it is a real nightmare.
Completely everything petrol related has been removed, tank, lines, electrical everything.
Nightmare is an understatement to be honest. 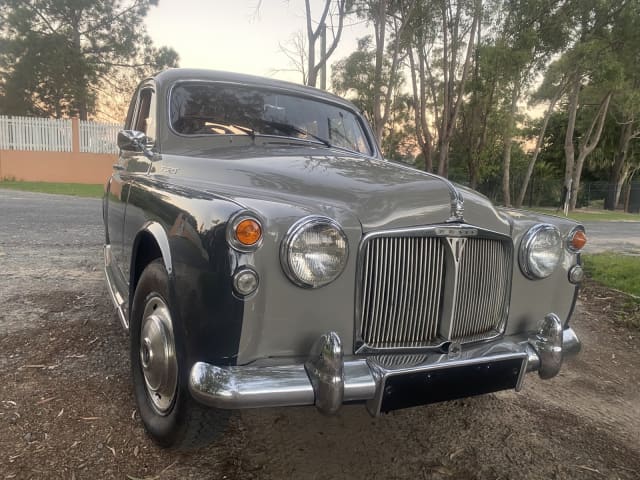 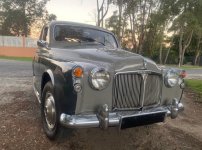 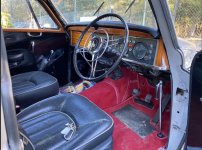 That’s a nice Rover.
I always think that people who don’t list an asking price are playing games or don’t actually want to sell.
Bryce
https://www.classicjalopy.com
B

Agree.
I tried that path once with a rare car, it certainly produced more problems than just asking a high price and negotiating down.
That was the little green Corona.
Should have kept that car
OP

A RR 20/25 project that has not been on the road since the early 80s. I guess you would need a sponsor and 20 years of free time to do this justice. A shame its been let get this way, as I think its a very attractive car.

Rolls-Royce supplemented the Silver Ghost with an entirely new six-cylinder model codenamed the Goshawk in the years following the First World War, a ... 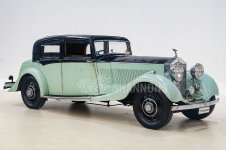 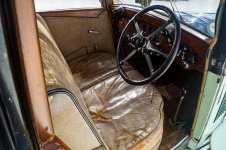 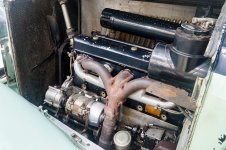 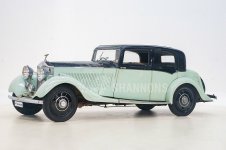 It is a good example of Park Ward design and a pity the original Zeiss headlamps have been lost/destroyed. A very deep pocket should see this on the road again. Bryce; it would be a challenge for you if you wanted to sharpen your engineering and body-building skills.
Regards,
Brian
Real men drive a 6 speed manual.

I would just ensure it was mechanically sound, tidy, detail and drive as is.
She looks beautiful.
OP 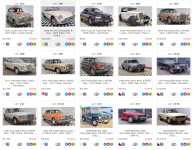 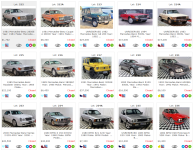 Lot 211 was a really nice 450SEL, but with 400,000km on the clock, the market really devalued it. On the other hand 212A was quite rough, and did better than I would have thought.
Bryce
https://www.classicjalopy.com
A

Are the prices shown what they sold for or are what they were passed inat?
OP

aussie 6.9 said:
Are the prices shown what they sold for or are what they were passed inat?
Click to expand...

Just shows highest bid, unfortunately doesn't tell you if the bid was successful either during or after the auction.
Still, a good indication of what the market thinks certain cars and models are worth.

There has been a definite and material correction in the prices after the COVID highs and some sellers have not yet adjusted to this.
Bryce
https://www.classicjalopy.com
OP

I see classic prices are being hit harder than I thought by the combination of high interest rates and high petrol prices.
This very nice 450SLC would have gone well into the 30s 6 months ago, but at a very well publicised auction sold for $19k. Its one of the very few K-jet 450SLCs that came in aussie delivered before ADR27A, so it has the higher compression in the much easier to maintain k-jet package.

This 1976 Mercedes-Benz 450 SLC is an Australian-delivered example of a classic Mercedes-Benz coupe, complete in a tidy blue-on-blue colour combination. 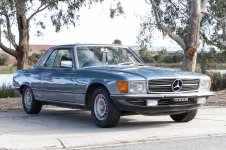 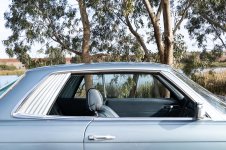 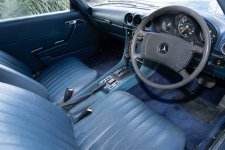 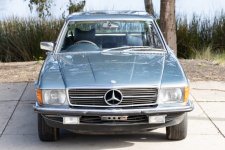 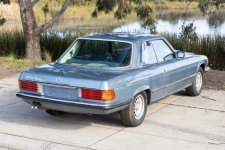 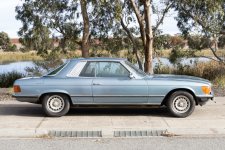 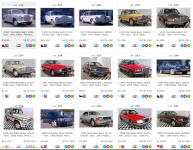 My Take:
211) Looks like a restored example of a ponton 180 model. I suspect the year is wrong, but I don't know enough about these to be sure. I also suspect this is not the original colour.
215) This one has been up for sale a few times. It looks like an otherwise average car wtih some trim work done. I think the owner's expectations are unrealistic.
220) while this is a very desirable 280SE 3.5 with an attractive dark red interior, its a complete rust bucket. I would not pay the current bid.
223) Looks like a nice W123, although the 250 is not a desirable model. Will be interesting to see what it goes for.
225) 6.9 - what a tired example. Needs everything.
227) Quite a nice honest looking 280E. Has some quite bad delamination of the rear screen, and A/C belt not on. Thistle green a bit of a marmite colour, but I like it overall.
228) Not a bad looking 380SL. Some wear in the interior and those rear speakers are not in keeping with the car.
232) 380SEC that will probably go cheap as its missing part of the rear seat and the interior is generally shabby. Could be an ok buy if you had access to an SEC interior.
233) Rare signal red W126. Driver condition, those wheels are horrible and are probably keeping the bidding low as this car has been up a few times now.
234) This one is an odd duck. A lot spent on it. Something wrong with the rear suspension, and its an Australian delivered car with an instrument cluster out of an earlier model, from either Japan or Singapore. Says W111 steering wheel, but actually this one from a late W108 or early /8 model. Not sure how they got it to fit as the column is different. Also has an early becker that would be worth a bit. Would be quite nice if you could get rid of the odd customizations. Would not trust mileage as that customer is a swap.
236) No interest in these, didn't look.
237) This is actually an import 500SEL, and looks quite nice. Had a cluster change.
238) Very rough 500SEC. I would pass on this.
240) previous owner had poor taste. Could be ok with better wheels and a proper grille.
241) Hong Kong 560SEC. Could be an ok buy depending on price.
Bryce
https://www.classicjalopy.com
OP 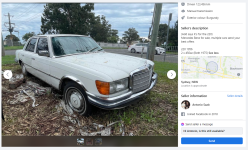 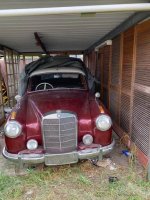 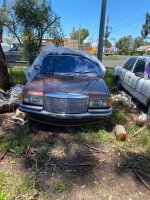 That Ponton is inviting