Michel said:
Interesting article from what i could read.
Do you know who the author was?
Click to expand...

In addition, I managed to track down the retired police member who actually got to ride with Fangio! Sounds like he might just have some more info including pix!!

So back to the significance of this new info?? There was only ever ONE car. Story goes that Mercedes only had one available at the time & there were insurance concerns due to the extremely high value of the vehicles. Hence only Fangio was permitted to drive it. Many of the journos weren’t drivers either & as we’ve seen at the start of all this, some weren’t even motoring journos. They were also apparently worried about adding kms to additional cars which would reduce their value.

In addition, it would seem Sir Stirling Moss did not attend on this occasion (despite the pic at the same location), since they’d likely need a second car & he wasn’t mentioned in the any of the articles I’ve read. I now doubt any other race car drivers attended either.

And finally for now, the ex Jeff Kennett (green) 6.9 was NOT involved so someone told some tall stories along the way without any actual proof......
Mark

Here’s a better copy of the article: 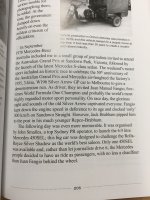 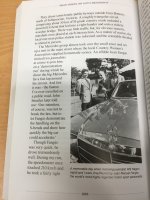 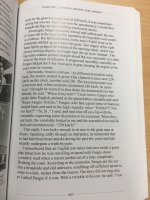 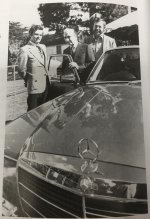 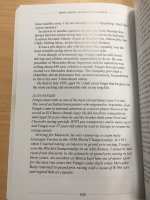 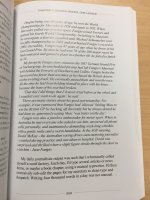 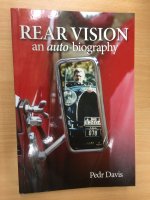 I know Pedr,
He’s retired many many moons ago (15 years or more maybe) .
Michel