This is a thread about my new 280SE. My first step is to change the plugs as its running poorly. As I said in the other thread, I don't plan to keep it long term, but to try and tidy it up over a couple of months and fix a few minor issues it has.

However, I am impressed by some of the other things I saw on the car.

1) The wood is in almost perfect condition. I'll take some better photos when I have the car out in the sun.
2) The parchment MB tex interior and carpets are really nice too.
3) Somebody has done regular, routine maintenance on this car. The front calipers look like they have been rebuilt and the brake hoses have 2016 stamped on them. I bought a new set last year and they had 2018 on them, so that makes me think these hoses are pretty new. The diff mount looks quite new and the rear cover has been sealed. All the vacuum lines look in good shape. Fuel pump and filter look new. Accumulators for SLS look like they were changed in the not too distant past. The radiator looks like its been out and re-done
4) The condition of the body is excellent. Paint is in great shape and no rust I have seen so far.
5) It still has the original becker, which works
6) it has good service history until about 2000. First two owners in Sydney until mid 80s and then a long term owner in Melbourne until 2000. I have a thick stack of receipts and the original service book.
7) it is optioned up with sunroof, cruise control, power windows etc. 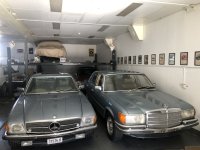 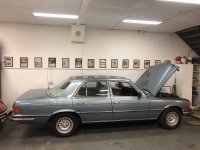 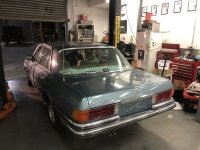 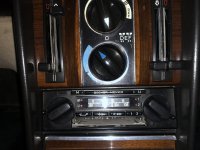 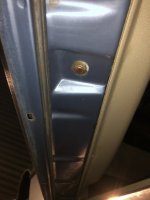 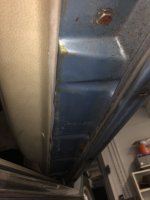 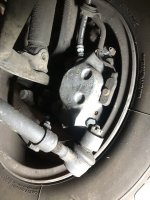 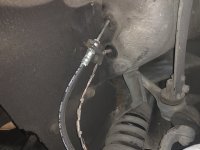 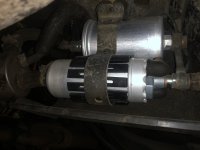 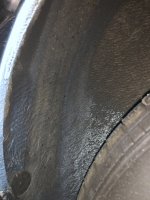 Now the not so good.
1) Needs a tune up
2) Steering coupler is worn and needs to be replaced
3) rear muffler has been replaced with a stainless unit, but the pipes where that connects to the centre have a few holes and there are another couple of holes in front of the centre muffler
4) SLS rod needs replacing
5) A/C not working
6) drivers seat base needs sorting out. Probably a couple of broken springs
7) shift bushings need replacement

Assuming the tune sorts out the running problems, none of these things are too bad. The muffler could get expensive though.
I won't fix the A/C, but will try and attend to the rest of the list. 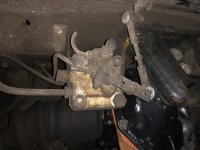 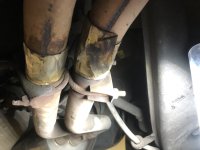 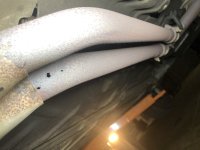 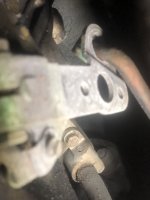 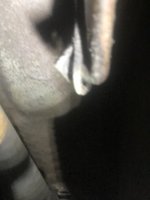 Changed the plugs and they looked pretty good. In tkaing off the air box there was an almost new Mann filter in there, another good sign.
Figured I should go back to basics - I found a flyer for a 2018 event under the seat, I don't think the car has seen much use of late and there was little fuel in the tank.

Filled up a 25L Jerry can and put it in, huge difference just driving around the industrial estate where I am. was getting better and better.

Posted a picture of the interior, really doesn't do justice to how nice the wood is on this car 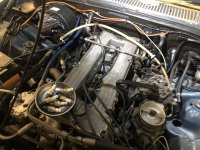 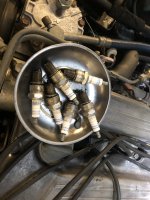 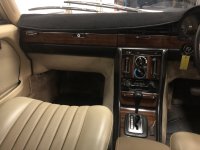 I think I saw this one for sale recently, looked mickey mouse in the photos!
OP

The car runs much better after the new fuel, but it seems like it is not getting all the fuel it wants. For example, when I start it up the car, if you give it throttle it stutters and wants to die like its not getting fuel to match the additional air from the throttle.

I'm thinking that the extra 25 liters raised the fuel level above some debris around the tank screen, allowing a bit more fuel to get through. These are all easy things to check before I start getting into the fuel injection system anyway.
Bryce
https://www.classicjalopy.com
OP

Good news is the tank is pretty clean for its age. I took the sender out and there was the normal small amount of debris in the bottom of it.
I'll still check the filter and screen as they are service items anyway and worth ruling out. But at least I am not removing the tank which I am happy about. 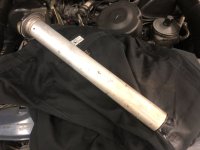 I found an exhaust Y piece in facebook marketplace while I was in canberra visiting relos over the new years.
Mine is cracked.
This looks like an upgraded design with more meat between the arms of the Y. 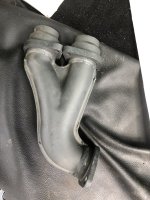 I had hoped the fuel tank screen and filter would be all clogged up. they were dirty, but not all that bad. I've seen cars run properly with worse filters for example.

My new screen and hose should arrive soon, so i'll put it all together and see. 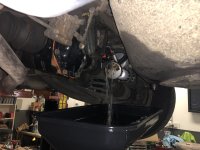 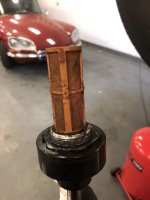 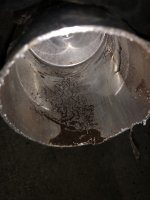 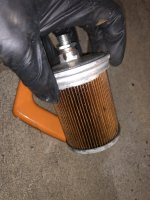 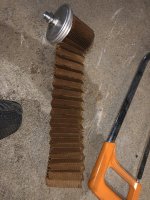 The filter is a bit yukky but not so much it might cause poor running I guess. Time will tell when the new one is installed.
Good luck with what certainly is a solid car.
Regards,
Brian
Real men drive a 6 speed manual.

Bryce,
Did you say the fuel pressure is right?
OP

Patrick_R said:
Bryce,
Did you say the fuel pressure is right?
Click to expand...

That is my next test, assuming this does not fix it. Since the filters are basically maintenance items I wanted to change the out first before I started on troubleshooting the system, especially as it felt like the car wasn't getting enough fuel.
Bryce
https://www.classicjalopy.com
OP

Last night I installed the new strainer, a new fuel hose from the tank, and a new petrol filter. 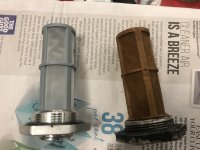 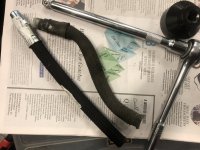 This job is much easier when there is no fuel in the tank!

When I started the car up, it still had the same issues, so I figured I hadn't fixed anything. I drove it around a bit more and it started to get better and better. I actually think I had bad fuel, not a blockage. Anyway, I see these parts more as service items than anything so glad they are changed.

I assume that somebody left crappy E10 in the tank for too long. Or perhaps it was sabotaged at the auction so somebody could get a better price? 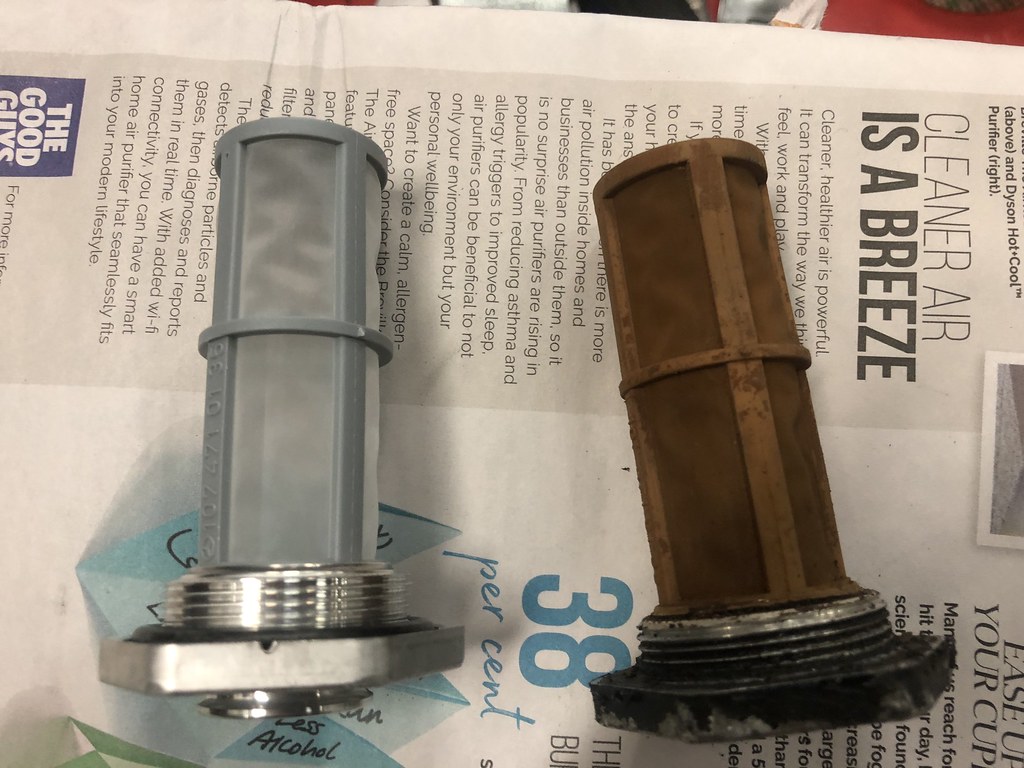 My next step is to find somebody who can repair my exhaust at a reasonable price.
Bryce
https://www.classicjalopy.com
OP

I took my DS out for a drive last night, and had to move the 280SE out of the way.
It started up fine, but when cold it had the same stuttering and lack of power than before.
I didn't have a chance to let it warm up properly and see if it drove properly like it did last time.
What it seems though, is that it's not getting enough fuel during warmup, or perhaps too much air.
I'll need to do more research on this, but perhaps something to do with the air slide or warm up regulator?
Bryce
https://www.classicjalopy.com

Bryce,
I was recommended yeas a go to Carline at Mt Druitt.
Old school guy, has done a couple of good repairs for me, including my Shadow.
OP

Patrick_R said:
Bryce,
I was recommended yeas a go to Carline at Mt Druitt.
Old school guy, has done a couple of good repairs for me, including my Shadow.
Click to expand...

My next result is a fuel pressure and delivery test.
I have the gauge set and should hopefully be able to isolate the problem further.
The Manuals do a good job of explaining the various tests, I can do a fuel volume delivery test (I assume this one is probably ok, as it runs ok hot), system pressure and cold control pressure.

Even if I can't fix the issue myself after that I can provide the test results which should save time and money for any potential repair.
Bryce
https://www.classicjalopy.com

Started the testing on the engine, but got the ports wrong on the WUR so will need to re-do.
Unlike on the V8s, the WUR is hiding down at the back of the engine near the transmission. Pretty hard to see: 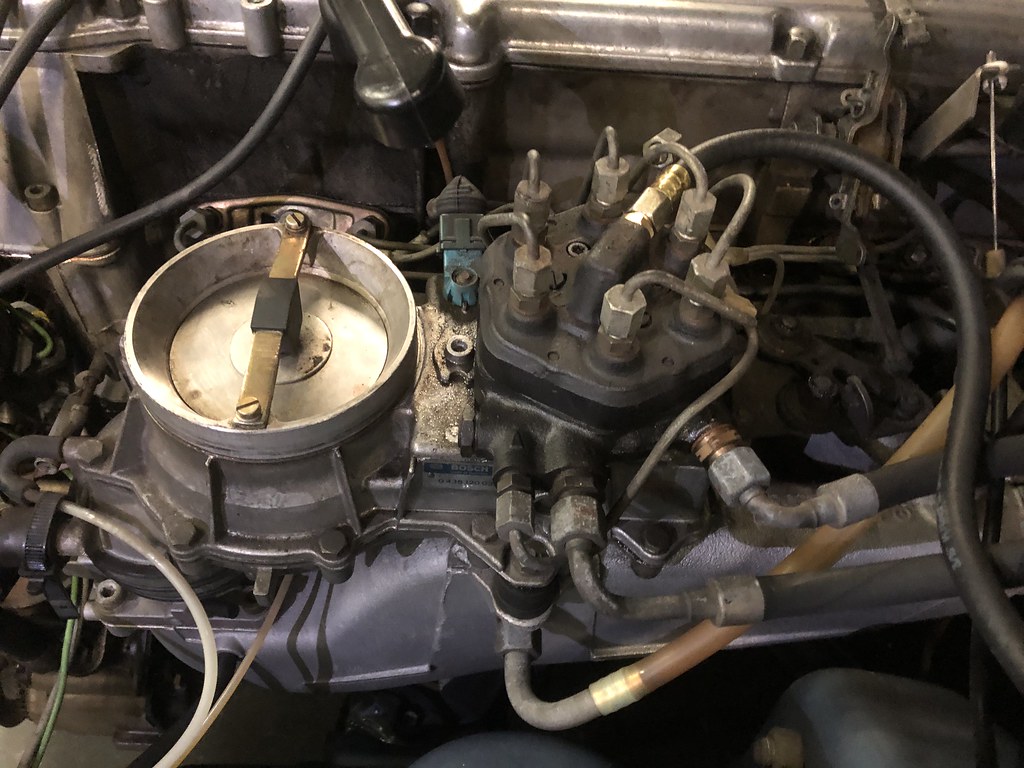 Part one of doing a K-Jet fuel pressure test to try to work out why I am seeing running issues on my 1979 Mercedes 280SE.